Last year I made a very uncharacteristic decision to move to the highlands of Northern Thailand, roughly 1500kms away from the nearest ocean. I had just spent two months in the most stunning part of the world- French Polynesia, where some of the most beautiful waves of perfection still remain unridden. So why did I make the move to dry land? Surfing is undoubtedly, to me, the reason I was put on this earth, the one passion that will always have me leaping out of bed at first light, sending shivers up my spine, butterflies in my 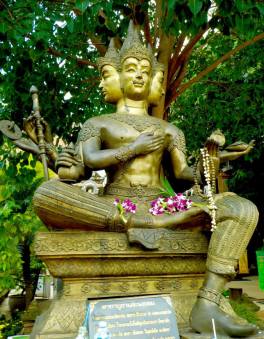 stomach and an uncontrollable grin after an epic session. The ocean is my happy place, my church, my solace, my calm and most importantly my home. I just realised something was missing, something had been overdone or lost, overlooked, neglected, untouched- I just didn’t know what. See, we as surfers just become so consumed in the sport. It’s a selfish pursuit to spend what spare time we can chasing the most perfect wave, the one better than the last, the barrel bigger than the one before, the glassier session, the longer swell period, just more and more perfection and more and more expectations of what the ocean can offer us. Put millions of fellow surfers together pursuing that same thing and that selfishness multiplies. I had had enough of the crowded lineups, the aggression, the drop-ins, the surf slang, the ego and the masculine, I gradually realised what it was I needed- time out from surfing.

So there I was sitting in the back of a tuk tuk, weaving in and out of the city streets of Chiang Mai with my freshly purchased “suitcase” resting next to me, rather than my well-travelled board bag. I almost didn’t recognise myself, in fact I felt like I had morphed into a completely different person stripped of my very identity. The blinkers that I had been wearing since I discovered surfing at 14 years old had finally been peeled away and my eyes

opened up to a different culture and part of the world I never thought I would explore. I was able to eagerly watch and learn the peaceful Buddhist ways, their daily rituals and most importantly what it was that they held dear to their hearts. I recognised similarities in the way they returned daily to the beautifully constructed temples of prayer, because in those temples I saw a vast ocean. In a strange way, the influence of another culture around me forced me to reinvent myself from the inside out. For so long I had placed myself in the constricted box that is the surfing scene. I was able to distinguish my valuables from the invaluables, recall the forgettable from the unforgettable and strengthen the bonds with those that mattered most back home.

After two months and many temples, pad thais and songthaews later I found myself in a state of absolute craving for the ocean. I realised just how much I had been taking each surf for granted. The simple act of feeling the sand between my toes as I strolled the water’s edge, preparing to launch into the salty goodness simply had become an unappreciated daily routine. There were so many hundreds of aspects of surfing I just expected to be there without truly being thankful for.

Intentionally living in an inland location has been one of the strongest ways in which I increased my gratitude for surfing and the pure beauty of the ocean. It isn’t just a temporary state of gratitude but rather one that I feel will be there for a lifetime now that I have experienced that chapter of my life. There remains a deep realisation of just how lucky I am to choose the life of a surfer, to surround myself in like-minded individuals and the free-spirited nature that comes hand in hand with pursuing waves of perfection. Nothing changes in the fact that it is a selfish sport, because the rewards, the thrills and the highs are solely for your own being but life without a passion becomes not much of a life at all. It’s a healthy addiction when consumed in balance to all other important aspects in life. As with most things- balance is the key. 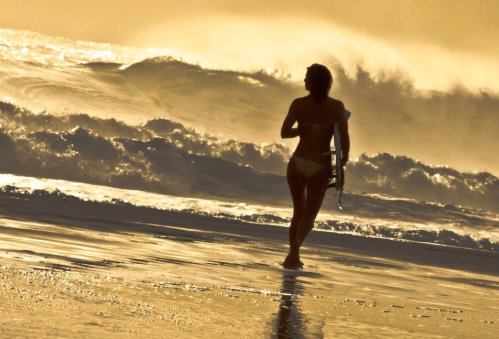