When I switched to brown rice/pea protein I nearly vomited at the taste. And to think that some vegan advocates can describe such a taste as earthy, as if to make it sound somewhat inviting. While it takes preparation time to make my new pre-gym vegan shake, I’ve found it all to be worth it and I’m sticking to it. So why did I even bother with the switch? Trust me, it’s not because I’ve turned into a ranting vegan.

I do kind of miss the convenience of my dairy protein (WPI). Before I used to head to the gym, I simply measured out a spoonful into a protein shaker, added some water, threw in the ball whisk and away I went. These days it takes only a few more minutes to prepare my shake, but that’s a lot for a busy girl itching to get into the gym! 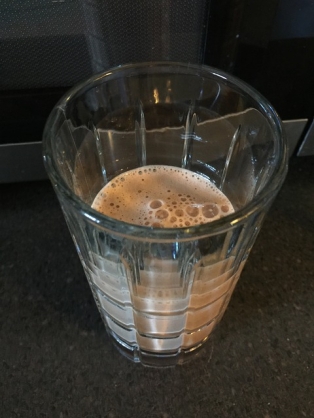 recently. I stumbled across a pretty disturbing study. I get the whole thing about how humans are the only ones drinking milk from another species, and how it’s a pretty crappy life to be continually milked, and to have your offspring continually snatched from you. However, with my other non-meat eating habits, I feel not too bad about continuing to consume dairy. Until I found that study.

Dairy and milk products contain 70% of animal estrogen.  That is the figure that made me stop in my tracks and think, do I really want that high level of weird hormones floating around in my system? Some other concerns from that same study include:

Basically, steroid hormones are incredibly potent in dairy and leaves profound biological effects in humans, even at low doses. Now don’t get me wrong, I love my cheese and dairy products. Mostly my cheese though. But over the last month I’ve found myself veering away from most dairy products simply for health reasons, which drives my decision to pick up a dairy-free option instead.

Hormones affect so many processes in your body

You’ve probably heard of mood as being most closely linked to hormones, especially with 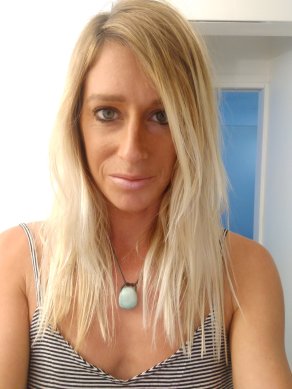 all the jokes about “oh she’s just being hormonal” around a women’s time of the month. But did you know that your hormones also affect multiple other processes in the body including:

Therefore, any interruption in your levels of hormones at even subtle levels, may have profound effects on how any of the above processes are carried out. Hormones are after all, our chemical messengers, so I wonder what they would be sending out when animal estrogens are thrown into the mix?

To me it’s no surprise that hormonal issues are becoming increasingly common in both men and women. I can think of a handful of friends that are battling with infertility or thyroid complications.

You might wonder why you don’t hear about these kind of studies too often? Unless you’re working directly in a role where you’re exposed to medical research, you probably will never hear word of the negative implications of dairy. That’s because the global net worth of the dairy industry was recorded at 335.8 billion USD in 2014.

In avoiding my use of a WPI protein, I wanted to make sure I was going to find a non-dairy substitute that was fairly fast absorbing, and also provided a strong nutritional content and amino acid profile. After reading an article on Bodybuilding.com here I was convinced to give brown rice/pea protein a go.

In reading the article, you’ll note that while one of the proteins on its own might lack in a particular amino acid, the other protein will have its back and make up for that shortfall. While it’s not digested as fast as WPI, the author points out that it falls between the absorption levels of WPI (fast absorbing) and casein (super slow absorbing) and I’m pretty happy with that.

Getting past that earthy taste

You’ll never find me describing the rice/pea combo protein as earthy. It is simply revolting and you’ll likely struggle to down a glass, unless you have some major issues with your taste buds! I experimented with a few different recipes and found this one to be pretty damn delicious.

Blend together in a blender until combined.

Last of all, make sure you’re purchasing a 100% pure protein. Your body doesn’t need all that synthetic crap in it, and there’s simply no need for artificial sweeteners when you’re making a tasty recipe out of the protein powder anyway.